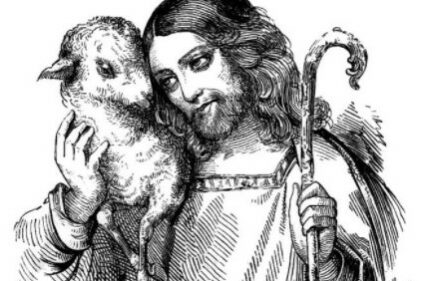 In the first two parables, there are the common elements of loss, searching, finding, rejoicing, and sharing of the joy. These parables show a God seeking sinners, but in the third parable, we see a God forgiving and receiving sinners.  As a group, the parables tell us about God’s generosity in seeking and receiving the sinner and the joy of the sinner in being received by a forgiving and loving God. All three parables of Luke 15 end with a party or a celebration of the finding.  Since the self-righteous Pharisees, who accused Jesus of befriending publicans and sinners, could not believe that God would be delighted at the conversion of sinners, Jesus told them the parable of the lost sheep and the shepherd’s joy on its discovery, the parable of the lost coin and the woman’s joy when she found it, and the parable of the lost and returned son and his Father’s joy. Besides presenting a God who is patiently waiting for the return of the sinners, ready to pardon them, these parables teach us of God’s infinite love and mercy.  These three parables defend Jesus’ alliance with sinners and respond to the criticism by certain Pharisees and scribes of Jesus’ frequent practice of eating with and welcoming tax-collectors and sinners and of his receptivity to the lost among God’s people.

The lost sheep: Shepherding in Judaea was a hard and dangerous task.  Pasture was scarce, and thorny scrub jungles with wild animals and vast desert areas were common, posing a constant threat to the wandering sheep.  But the shepherds were famous for their dedicated, sacrificial service, perpetual vigilance, and readiness for action.  Hence, the shepherd was the national symbol of Divine Providence and self-sacrificing love in Israel.  Two or three shepherds might be personally responsible for the sheep owned by several families in a village. If any sheep was missing, one of the shepherds would go in search of it, sending the other shepherd’s home with the flock. The whole village would be waiting for the return of the shepherd with the lost sheep and would receive him with shouts of joy and of thanksgiving.  That is the picture Jesus draws of God.  God is as glad when a lost sinner is found as a shepherd is when a strayed sheep is brought home.  Men may give up hope of reclaiming a sinner, but not so God.  God loves those people who never stray from Him, but He expresses even greater joy when a lost sinner comes home.

The Lost Coin: The coin in question in this parable was a silver drachma. Since the houses were very dark, with one little circular window, and since the floor was made of beaten earth covered with dried reeds and rushes, it was practically impossible to find such a tiny coin. But the woman tried her best to get it back because   it was worth more than a whole day’s wage for a workingman in Palestine.  If the coin had been one of the ten silver coins attached by a silver chain to the traditional headdress of a married woman, it would have been as important to her as the wedding ring is in our society.   Thus, we can understand the woman’s joy when at last she saw the glint of the elusive coin.  God, said Jesus, is like that.  The joy of God and of all the angels when one sinner comes home is like the joy of a woman who loses her most precious possession with a value far beyond money and then finds it again.  We believe in the seeking the Love of God because we see that Love Incarnate in Jesus Christ, the Son of God, who came to seek and to save that which was lost.

The lost son:  This has been called” the greatest short story in the world.”  It speaks about the deep effects of sin, the self-destruction of hatred and jealousy, and the infinite mercy of God. This is a story of love, of conflict, of deep heartbreak, and of ecstatic joy. The scene opens on a well-to-do Jewish family. With the immaturity of a spoiled brat the younger son demands impudently of his gracious father, “Give me the portion of goods that falls to me.” Demanding one’s inheritance while one’s father was alive was equivalent to treating the father as dead. Under Jewish law, when a father divided his property between two sons, the elder son had to receive two-thirds and the younger one-third (Dt 21:17). In Jesus’ parable, the younger son offends his father a second time by selling out his share of the inheritance, and a third time by going to a “far country” and squandering all the money there.  The land was sacred to the Jewish people because it was the Promised Land given to the Chosen People. Hence, each bit of land was considered holy, and no Israelite could lawfully sell his property (Lv 25:23, I Kgs 21). Ancient “social security” basically consisted in sons farming their father’s land and taking care of their parents until their parents died. death. Thus, in selling his land, the prodigal has sold his parents’ social security.

The conversion, return, and confession: When he becomes bankrupt, the prodigal son ends up feeding pigs, a task that was forbidden to a Jew (Lv 11:7; 14:8).  Having sunk to the depths of economic, spiritual, and moral depravity, the prodigal finally “comes to his senses” (v 17).  So, he decides to return to his father, to ask his forgiveness and to beg for the status of a hired servant.   When he sees his son returning, however, the ever-watchful father runs to him and gives him a cordial welcome along with a new robe, a ring, and new shoes. Symbolically, the robe stands for honor; the ring for authority (the signet ring gave a person the power of attorney), and the shoes for the son’s place as a member of the family (slaves did not wear shoes).   The father also throws a great feast killing the “fatted calf’ reserved for the Passover feast so that all may rejoice at the wanderer’s return.  The Vatican II document Lumen Gentium # 1 has a beautiful description of sin, saying that sin is before all else an offense against God and a rupture of communion with Him. At the same time, it damages communion with the Church. Hence conversion entails both God’s forgiveness and reconciliation with the Church which are expressed and accomplished liturgically by the sacrament of Penance/Reconciliation. So, as we continue with the celebration of the Holy Mass, let us pray for those who have fallen away from the grace of God so that Divine mercy and forgiveness may reach out to them before it is too late. May their ears be opened so they will hear that Jesus is welcoming them back home.

The “Prodigal Father” and the self-righteous elder brother:  The parable illustrates the wonder of God’s love and unconditional forgiveness. God seeks out the sinner and forgives him unconditionally. Jesus recounts the story of the elder brother as his response to the accusation by the self-righteous Pharisees that he was the friend of sinners.  The elder brother represents the self-righteous Pharisees who would rather see a sinner destroyed than saved.  He reflects the Pharisees’ attitude that obedience to Mosaic Law is a duty, not a loving service.  Like the Pharisees, the elder brother resents and is jealous of his younger sibling, now restored to his place in the family, and levels accusations against him. As a self-righteous person, he refuses to forgive and refuses the love his father assures him is his (“All that I have is yours!”) Thus, his grudge becomes a sin, resulting in his self-exclusion from the banquet of his father’s love.  That is what we all do when we sin.  We exclude ourselves from the banquet of God’s love. Jesus does not tell us what the elder brother did then – leaving us to ponder the question and its application to ourselves!