This Week’s Good News: 26th Sunday in Ordinary Time (B)

You are here:
Uncategorised 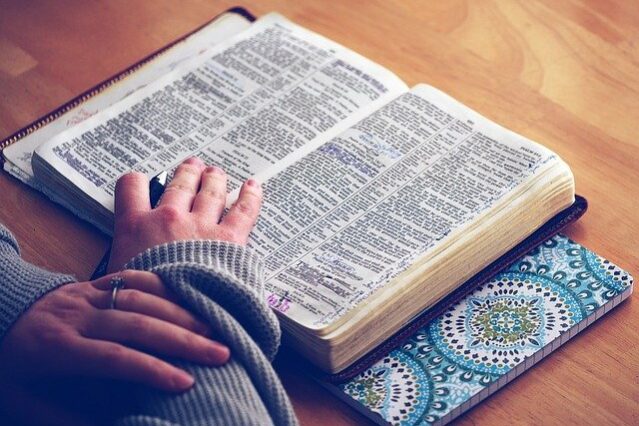 One of the best kept secrets of the Catholic Church is its social doctrine, or Catholic Social Teaching. Social justice and fair treatment for workers and their rights, was the motivation for the first social encyclical of the Catholic Church by Pope Leo XIII in 1891 and named, ‘Rerum Novarum.’ Hopefully, many of you will attend the parish lecture on this encyclical and the social teaching of the Church next month. In the readings for today we are reminded of how important it is for each Christian to fight for social justice.

In today’s second reading from James, we see how he attacked the violation of the principles of social justice, by the greedy and morally corrupt wealthy who grew rich by the unjust treatment of workers and failure to pay them according to their efforts, instead spending money on self-indulgence. This is perhaps one of the most damning condemnations in the New Testament and is so forthright due to the serious nature of the act of withholding wages in the farming communities found throughout the Middle East.

In the Gospel account from Mark, we are given a lesson in Christian Tolerance and how we should live our lives. We hear John complaining to Jesus that a stranger was driving out demons in Jesus’ name, though he was not one of the group attached to Jesus. The response from Jesus is certainly not what the disciples were expecting. Rather than condemn the man, Jesus reprimands the disciples for their distrust and jealousy and tells them to welcome God’s power wherever it is found. God can and does use anyone to do His work. This is an important lesson for us today, as a world full of intolerance and suspicion of others, makes it so easy to denounce those who perhaps are different to us terms of belief and tradition but are nonetheless, involved in the sowing of the seed of God’s word. As Jesus tells the disciples, ‘Anyone who is not against us is for us.’

Jesus also provides a warning against those who cause scandal. The reference to ‘little ones’ is considered by many theologians to include the smallest or the least, not just children. It can also include those who are weak in faith or new to the faith. To cause scandal is defined by the Catechism as ‘an attitude or behaviour which leads another to do evil.’

As Christians we must ensure that we protect the vulnerable and weak. Those in positions of religious leadership both clergy and lay, must bear true witness to Christ, and be careful not to turn the weak and innocent away from God by a false, counter witness, and cause them to sin. Today we are beset by criticism and hostility to religion. We see it in the media, public education, political manifestos, and entertainment industry under the guise of ‘freedom of speech.’ As Christians we are called to be respectful and tolerant of others, but at the same time, we are also called to courageously profess our faith and oppose those issues which are at odds with our faith.